If the screen of your iPhone shows totally white and is not showing anything on your iPhone then there has to be something wrong with it. In reality, what you are facing is usually called the White Screen of Death or iPhone White Screen. As scary as it may sound to listen but as a matter of fact it is not really the death of your iPhone. Here are few ways to fix the issue you are having.

Causes of White Screen of Death on iPhone/iPad/iPod

There are two most common reasons why your iPhone shows white screen:

1.Failed Software update or Failed Jailbreak Attempt: This happens when you are trying to update iOS or any other software of the iPhone and the update process fails. This usually happens during jailbreaking your iPhone and the attempt to jailbreak failed.

2.Hardware Problem: This generally occurs if you drop your iPhone and the connectors inside the iPhones comes loose. This issue arises when the cable connecting the motherboard and the screen of the iPhone fails or loose. So, in several cases, the problem is only the hardware failure.

The first solution in any kind of troubleshooting iPhone is to restart the iPhone but in this case the restart process will be a little powerful than usual which is called the "Hard Reset". It is one of the method to restore a device to the previously working state. Steps to implement a hard reset:

Step 1: Press and hold the Home and Power button simultaneously.

Step 2: Keep holding unless and until you see the Apple logo on the screen. 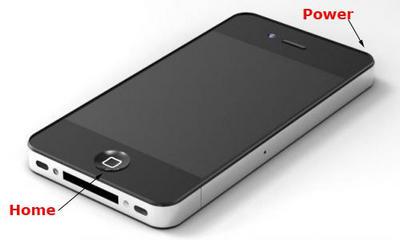 Step 3: Stop holding and let the phone start up normally.

If this method doesn't work then there's another way to hard reset your iPhone using another set of combination of buttons which can do this trick. Use the following alternative steps to hard reset the iPhone.

Step 1: Press and hold the Home + Volume Up + Power button, all at the same. This may take a little longer but keep holding until the phone turns off.

Step 2: Let go of the buttons as soon the Apple logo appears on the screen.

Step 3: Let the iPhone start normally and it should do fix the problem.

If the above method doesn't work then it is time to move forward and try to fix it using DFU mode.

Part 2: Fix White Screen of Death on iPhone By Getting into DFU Mode

DFU mode stands for disk firmware update mode, which is a way to fix any kind of software problem on iOS devcie. You can put your iPhone in DFU mode and restore your iPhone to get it back to normal. Steps to use DFU mode:

Step 1: Connect your iPhone to your PC using a USB cable.

Step 2: Hold the sleep/wakeup button for 5 seconds. Hold both on/off button and power button at the same time for 10-15 seconds.

Step 3: Let go of the power on/off button and keep holding the home button for another 5-8 seconds. 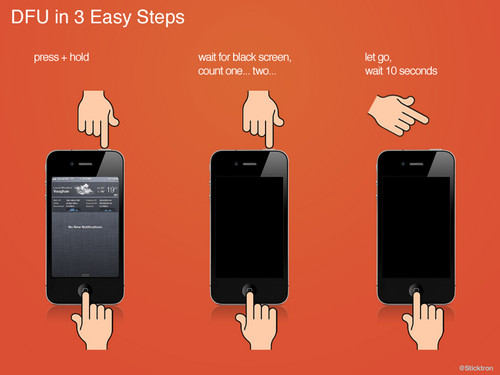 Step 4: The screen will turn black from white and you will enter DFU mode. From this point, you will able to use your iTunes to recover you iPhone using a backup.

The above two methods are the most recommended ways to fix while screen death on iPhone, iPad or iPod Touch. However, not all devices were able to fix it with them. There are still users having problem with it. My suggestion is to use iOS repairing software like Mobiledic iOS System Recovery. This sort of programs are designed to fix iOS problems that can't be solved by hard reset or DFU mode, including stuck on appl logo, can't get out of recovery mode, etc...

Mobiledic iOS System Recovery is a cross-platform program that can be used on PC or Mac. This is huge benefit for end users. Please download the correct version below and install it on the computer. 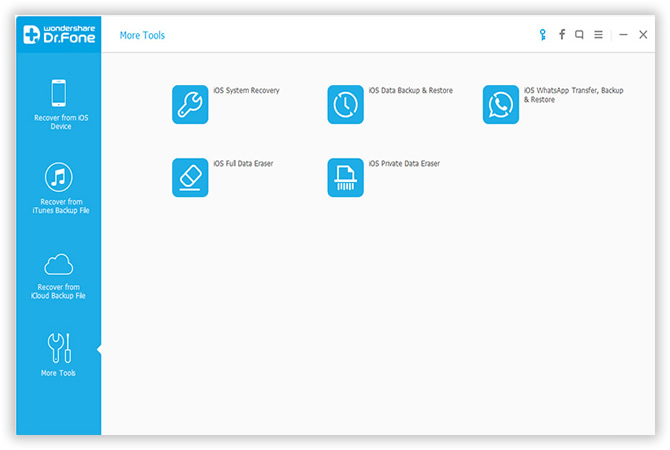 Now, take out of the USB cable and connect your iPhone to computer. The program will detect the device and click Start button. Then select an iOS firmware from the list and download it later. This will take around 10 minutes as the file is big (> 500MB). 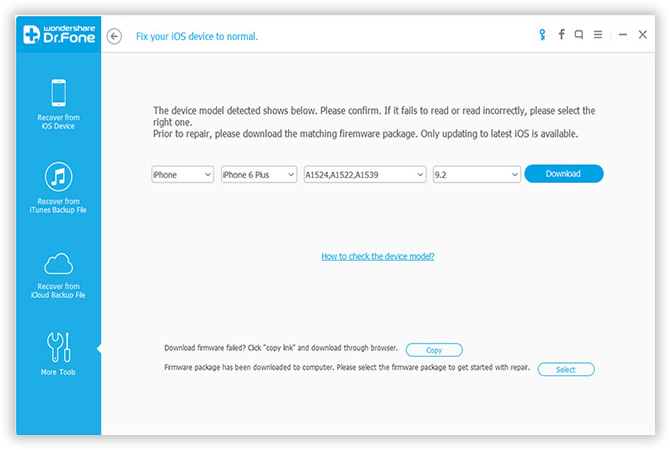 Once the firmware being downloaded, Mobiledic iOS System Recovery will initial the system repairing process. There is a progress bar indicating how much percent is completed. Usually, the issue should be fixed in less than 15 minutes. 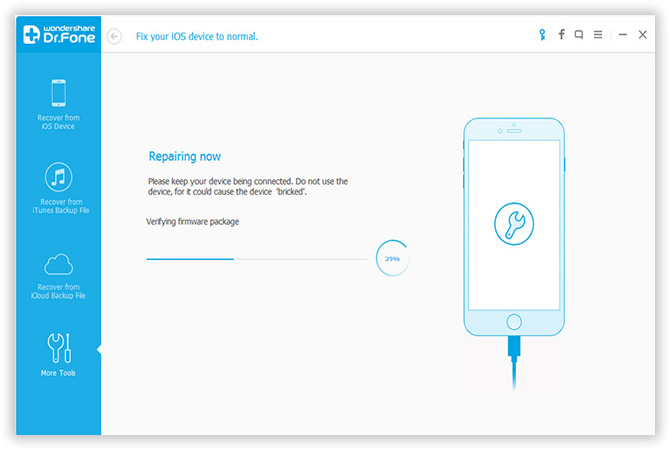 iPhone white screen is not the end of the device's life. The methods that are shared in this article should be able to fix the issue but if you fail to implement those methods then take your iPhone to the nearest Apple Store and have an Apple Store genius taking care of the issue. One way or another, the problem will be fixed. 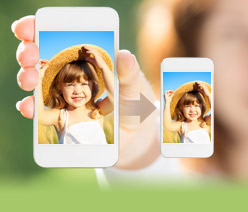 How to Retrieve Lost Contacts from iPhone

How to Recover Deleted Photos from iPhone Device